Meet the team of tutors who run JamSocial.

Please Contact Us if you have an instrument-specific enquiry or want to enquire about private lessons. 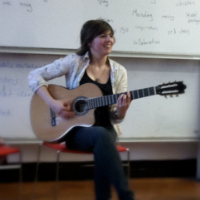 Zoe is a musician and music workshop facilitator working in a wide range of settings across London and the South East.

Zoe has worked on projects with Music And The Deaf, Summer Arts Colleges, The Royal Alexandra Childrens Hospital and Glyndebourne Young Voices.

She plays and teaches guitar, drums, bass and coaches in vocals and songwriting.

Zoe holds a level 4 PTTLS teaching qualification and has studied on the highly respected Community Music course at Goldsmiths University.

As a musician Zoe plays original material under the name Zoe Konez, and in indie band Cat Bear Tree. As well as gaining national radio airplay and playing many live gigs within the UK, Zoe has organised and played tours in Australia and Europe.

Zoe has been involved with Elephant Drums delivering workshops and events for the past 3 years, as well as being involved with JamSocial from the beginning. 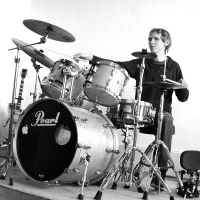 Will is a drum teacher at Elephant Drums, London’s leading independent drum studios, where he has taught more than 100 students from beginner to advanced level in the past 3 years. Will is a dynamic and expressive drummer, who likes to combine elements of many styles of music. His teaching reflects his multi-discipline approach and he encourages improvisation and experimentation to help his students unlock their creativity.

On the live performance side, Will has toured extensively with bands in the UK and abroad, plus played in productions including at the National Theatre, the Barbican Centre, the Traverse Theatre and many other top theatres. Will was a founding member of a successful commercial function band and spent 3 years on the road performing at events and festivals before deciding to spend more time based in London.

Will’s drumming education from the Academy of Contemporary Music (ACM) in Guildford gave him the opportunity to study and play with some of the UK’s top drummers as well as attending masterclasses and taking private lessons. After graduating from ACM, Will worked in a recording studio as a session drummer and studio engineer with a role in creating original music for advertising and films.

The original concept for JamSocial came from discussions with Will’s drum students at Elephant Drums. Many were reaching the level where they were ready to put everything they’d been learning in lessons into a ‘real life’ performance situation but found public jam sessions intimidating and didn’t know other musicians of a similar level to play with. JamSocial has come from a real need for an event that is a cross between a jam night and a live performance workshop. 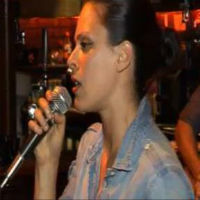 Miri is a professional recording artist, songwriter and performer with an album and EP on iTunes. Over the years Miri has performed at many events including The Official Bob Marley Birthday Celebration at The 100 Club, Vibes & Pressure@Passing Clouds and The Guiness Jazz Festival in Ireland.

Continuing  to hone and develop her own skills and career as an artist she decided to start teaching private vocal lessons 5 years ago.

“In 1999-2002 I worked at a Charity Music and Media Organization. Although my main duties were teaching Midi Technology I began to work with some of the students individually on their confidence and vocals; helping them to use their voice correctly without strain as well as learning to project. I also encouraged students to learn to write songs and express themselves through their writing.”

Miri now teaches a mixture of regular and one off sessions to artists and non artists including people who require help for public speaking and meetings. The sessions are very much catered to the individuals needs and requirements.

At JamSocial Miri coaches and encourages vocalists, and teaches private lessons to  prepare singers for the next JamSocial event. 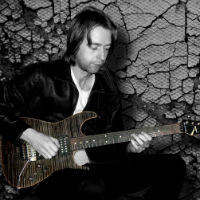 Daniel combines what he has found to be the most effective elements from each style and approach, within both teaching and improvisation to form his own personal guitar style.

Lessons with Daniel consist of the student developing a strong fundamental awareness of key musical elements, meaning for the beginner student, a strong foundation for progression, and for the advanced student, an examination of easily overlooked areas of technique, theory and musicality.

Lessons follow a structure allowing the student to set their own goal, achieving this through a realistic and rewarding practice method. Individual enquiry is encouraged, to enable the student to make sense of their own musical direction and identity.

Daniel can now be found teaching from his home in East London, playing with his band ‘Afterburn’ as well as the blues/rock outfit, the Field Street band, and is currently preparing to undertake a Jazz Masters degree at The Guildhall School Of Music and Drama. 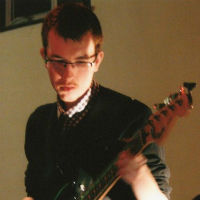 Andy has been playing Bass since the age of thirteen, privately studying at Glenthorne Specialist Arts College. Since then, he has studied at the Institute of Contemporary Music Performance for a degree in Popular Music Performance.

Specialising in Musical Theatre, Andy has held the bass chair in many productions (including Bye Bye Birdie, Joseph and the Amazing Technicolor Dreamcoat and Fame: The Musical). In 2011, Andy performed a new musical “There Was an Old Woman” in a showcase at the Waterloo East theatre. Using theatre, Andy involves himself in a lot of community music projects which includes being Musical Director (We Will Rock You, Aladdin, Cinderella) for local schools and theatre groups.

While his specialism lies in theatre, Andy has performed live gigs at many venues in the London area and beyond, some being the Fairfield Halls in Croydon and the Rose Theatre in Kingston. Andy has also performed at festivals in Italy, as well as performing in Germany and Spain.